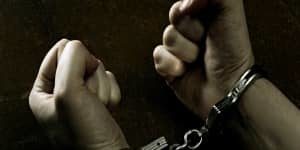 When you’re in trouble, you need someone you can trust.  You need an professional bail bondsman agent.  One quick call to Rush Bail Bonds in Centre, AL at (256) 286-1075 and our experienced agents will have you or your loved one out of jail and on with life within 24 hours of being arrested.  This is our promise to you.

We are in the business of helping people.  We are passionate about improving the lives of our neighbors in Centre, AL.  When you or a loved one is arrested, more often than not, you will need to post bail to get out of jail.  Bond is an insurance policy with the judicial system that ensures you will be present for future court proceedings.

A bail bondsman agent makes posting bond more affordable for families.   For a small fee, we work with the courts to secure your release.  At Rush Bail Bonds we require 10%-15% of the total bail amount, a co-signer and collateral.  Collateral comes in all shapes and sizes: property, homes, boats and even jewelry.

My son has been arrested for drinking and driving.  He’s innocent.  What are my options? We’re not here to pass judgement.  We believe everyone is innocent until proven guilty.  Judgement is left up to the courts.  Depending on the case, it could be months, even years before a case is resolved.  In the meantime, you need to get back to work and your family.

Your time matters and this is why we work around the clock to help you post bond.  When you work with a licensed bail bondsman agent in Centre, AL you can rest assure you are in good hands.

Under Alabama law, the severity of crimes fall under three categories: felony, misdemeanor and violation.  A felony is considered the most serious/violent of crimes and carrying the biggest fines and punishments.  Manslaughter, 2nd degree burglary and sexual abuse are all considered  felony crimes.  Misdemeanor offenses are less serious than felony crimes.  Resisting arrest, harassment and cruelty to animals are all examples of a misdemeanor crime.

Violations, such as a traffic ticket,  are considered the least severe out of all crimes.  If you’re son has been charged with a felony it means he’s facing a pretty serious charge, which if found guilty, could put him behind bars for a very long time.  While a Rush bail bond agent knows the criminal system very well, our advice can not replace that of a well seasoned attorney.  For any more specific legal questions contact your attorney or court appointed defense lawyer.

Typically an inmate must make a first court appearance in front of a judge before he can get out of jail. During the first appearance, a judge will read the charges against your son and bond will be set.  As we mentioned earlier, bond is an insurance policy with the court system to ensure your son will appear at future court hearings.

A judge sets bond based on several factors: alleged crime, threat to the public, employment status and risk of skipping bail.  State of Alabama has guidelines when it comes to bond and the state can even argue for a higher bond, depending on the severity of the crime.  But, it is ultimately up to the judge to decide what is appropriate for the specific case.  After bond is set, we can work with the courts to get your son out of jail.  Rush Bail Bonds is on top of all of the bail bond agent requirements.

Experienced Agents Get Results – Now What?

It is imperative your son knows when and where  his next court hearing will take place.  If he does not appear in court, a new warrant will be issued for his arrest. Here’s where things get complicated.  When he’s arrested again, it may be much more difficult to post bond.

He will also face new charges.  In addition to the stress of new charges, we will have to collect the posted collateral to pay for the bond from the first arrest.  We hope it never reaches this point.  By staying in close contact with your attorney and bail bondsman agent in Centre, you can make sure you never miss a court hearing.

With more than 15 years experience across the state of Alabama,  Rush Bail Bonds knows what it takes to get lives back on track.  Our bail agents are the best in the business!  We want nothing more than to reunite an inmate with their families and get them back to work.  When our neighbors thrive, we all thrive.  Call a Rush bail bondsman agent today for a free consultation at (256) 286-1075!  We’re available 24/7.  When things get tough, get a Rush bail bondsman agent on your side.  We’re here for you.