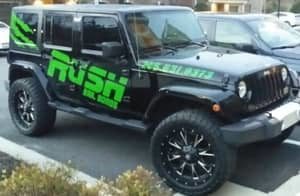 Our licensed, compassionate and professional bail bond agents are standing by ready to take your call.  We’re here for you!  Pick up the phone and call a bail bond agent today at (256) 286-1075!

If you need to bail a loved one out of jail, we are the bail company for you!  Our extensive knowledge of the legal system and bail procedures, means our agents are efficient in getting you or your loved out of jail.  Less time behind bars means more time with your family.  The fewer hours you sit in jail, means you can log more hours at work.

An arrest in a family takes its toll on an entire community.  Another inmate behind bars, is one less Centre, AL neighbor making a positive contribution to our society.  We’re not just in the bail bond business, we’re in the business of improving lives.  Regardless of the crimes a person is accused of, we treat every client with dignity and respect.

Bail is basically an insurance policy with court system to insure a defendant will appear at future court proceedings.  Typically a judge will determine bail based on several factors including: character, alleged crimes, criminal history and employment status. A judge will typically set bond for the most serious of offenses, also known as a felony crime.

However, if a defendant faces a less serious crime, such as a misdemeanor, he/she may be released on their own recognizance. This means the defendant doesn’t have to pay bond to get out.  Even so, they must promise, in writing, they will appear in court.  Under Alabama state law, the seriousness of crimes are classified into categories.

Each classification of crime has a recommended range at which a judge should set bond.  For example, if you or a loved one is charged with drug trafficking a judge has the discretion to set bond between $5,000-$1.5 million dollars.  Bond is typically determined within the first 24 hours after an arrest.  However, even before bail is set you should call a bail bonding company to help guide you in the right direction.

The good news is you have several options.  You can pay cash, post a property bond directly to the sheriff’s office or hire a bail bonding company.  Let’s take a closer look at all your options.  If you have the cash on hand, you can pay for bail directly to the court.

However, you will not get your money back until the defendant’s case comes to a conclusion.  Depending on the case, it could take months, sometimes years, for a verdict to be reached.  Another option is to post a property bond directly to the Cherokee County Sheriff’s Office in Centre, AL.

According to the sheriff’s office, you need a tax assessment, a copy of the deed, property tax statements and a lien affidavit to post a piece of property in exchange for an inmate’s release.  For more information on this process, visit: www.cherokeecountyalsheriff.com.   If paying cash and posting a property bond are not financially feasible, you can also hire a professional and licensed bail bonding company.  Rush Bail Bonds is the most qualified bail bond company in Alabama.  We basically work as a middle man between the court system and the defendant.

When working with Rush Bail Bonds in Centre, AL, you only need to pay between 10%-15% of the total bail amount.  We also require a co-signer and collateral. For example, if bail is set at $25,000, we would charge between $2,500 and $3,750.  Our fee is non-refundable.  We offer flexible payment plans to ease the financial burden of an arrest.

Look no further if you’re in need of a bail bonding company in Centre, AL.  Rush Bail Bonds is your extended family in a time of crisis.  We know an arrest impacts our entire community and this is why we work 24/7 365 days a year to get our neighbors out of jail and on with life. Call Rush Bail Bonds today.  We’re ready to take your call.  We’ll get through this together.  Pick up the phone and call a bail bond agent today at (256) 286-1075!