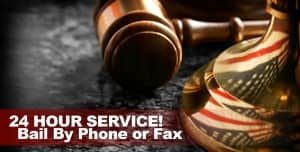 Everyone has a story.  Getting arrested is often a chapter in life, no one ever expects to experience.  It’s a scary and uncertain time.  With a bail bonding company by your side it doesn’t have to be.  Rush Bail Bonds will get your loved one out of jail and on with their life as quickly as possible.  We can get your brother, boyfriend or best friend back to their jobs and family.  Pick up the phone and call a bail bond agent today at (256) 286-1075!

If you’re reading this, you are most likely trying to figure out the best way to get your loved one out of jail.  If this is the first time you’ve ever experienced an arrest in your family, you’re probably feeling overwhelmed. Take a deep breath.  With more than 15 years experience in Centre, AL, we’re pro’s when it comes to getting an inmate out of jail.  We’re here for you!

This is the official process to book a person into jail.  This can take anywhere from a couple minutes to a couple hours.  During this time, a jail deputy will take the inmate’s picture, fingerprints. The inmate will also receive a mental and physical exam.  You will most likely not be able to speak to your loved one during this process. The suspect will then be placed into a cell.  At some point, the inmate will be allowed to make a phone call.

This is an insurance policy with the judicial system to guarantee a defendant will be present for future court hearings.  A judge determines bail based on several factors: accused crime (s), criminal history, employment status and if the person is consider a danger to the community.  You can pay bail with cash, a property bond or by hiring a bail bond company in Centre, AL.  Bond is usually determined within the first 24 hour after an arrest.

What Is A Bail Bond Company?

A set of professionals licensed and insured under the state of Alabama to assist an inmate in getting out of jail. A bail agent in Centre, AL, works as a middle man between the inmate and the judicial system.  While you have many options when it comes to posting bond, many families find it is much more convenient and less of a financial strain to work with a bail bond company.

When you work with a bail bond company, you only need to come up with 10%-15% of the total bail amount.  We also require a cosigner and collateral as part of our contract. We accept all forms of collateral, from jewelry, property and even stocks and bonds.  Once we have received our fee, we work directly with the courts to secure your loved ones release.

Our bail bond company Centre, AL offers flexible payment plans to make this process as easy as possible for your.  An arrest is often unpredictable, and budgeting for such an event can be nearly impossible. Now, that we’ve covered a few of the basics you may be wondering how long it takes to get an inmate out of jail.  Our bail bond agents work as quickly as possible to get an inmate released and back to their life.  However, there are often circumstances out of our control.

If an inmate has been charged with a exceptionally violent and heinous crime,  bail may be set over a million dollars, making it nearly impossible to get them out.  In less serious cases, how quickly an inmate gets out of jail depends on how quickly family and friends can gather the cash to pay  the bail bond company fee or the total cash to pay the bill upfront.

If you have more questions about posting bail, please don’t hesitate to pick up the phone and call Rush Bail Bonds in Centre, AL today. At our bail company, we have professional and licensed agents on-call 24/7 to help you because we know there is never a good time to get arrested.  We’re here for you.

We’re more than a bail bond company, we are your neighbors! We’re your extended family in a time of crisis.  And you will find, we treat every one of our clients with respect and dignity. We treat you like we would want to be treated.  Everyone has a story.  Call Rush Bail Bonds today at (256) 286-1075!  Let us help you write the next chapter, out of jail!