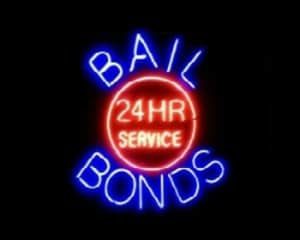 We live and work in Centre just like you! Our unwavering passion for helping people improve their lives, drives us everyday to provide the highest level of customer service. We’re not just in the bail bonds business, we’re in the business of helping people.  Take a deep breathe.  It’s going to be okay.

At Rush Bail Bonds we know exactly how you feel. An arrest in a family is emotionally exhausting and downright financially difficult.  You’re not alone.  We will work very hard to make your time a bit easier to deal with. We are here for you twenty four hours a day seven days a week! Let our family help yours!

One of our 24 hour bail bondsman is here for you and available to take your call right now!  In the past 15 years, we’ve helped thousands of people get out of jail and on with their lives. Pick up the phone and call one of our 24 hour bail bondsman right now! With locations across Alabama, including right here in Centre, AL, we’re ready to help you today.

What Are Bail Bonds?

Bond is basically an insurance policy with the judicial system.  By posting bond, the defendant is promising to be present for future court proceedings while he/she is released from jail.  Bond is typically set by a district or superior court judge. A judge will set bond during a first court appearance.  By law, this hearing must take place within 24 hours after an arrest.

A judge will determine bond based on several factors including criminal history, current criminal charges and employment status.  The amount of bond a defendant must pay to get out of jail varies from a few hundred dollars to well over a million dollars.  The State of Alabama sets guidelines for bond for each classification of crimes.

Even so, how high or low bond is set is ultimately up to the presiding judge. Even before bond is set, call one of our 24 hour bail bonds agent for advice and help.  Rush Bail Bonds is open 24/7 to help you through this difficult time.

If you’ve never worked with a 24 hour bail bondsman in Centre, AL, you probably have lots of questions.  We’re here to help.  Paying for bond out of pocket is not financially feasible for many families.  Bond isn’t exactly something you set money aside for every month.  It’s hard to budget for an unexpected event, such as an arrest.

We also need a cosigner and collateral, such as jewelry, property or a bank account.  We only collect collateral in the event the defendant in the case, violates terms of their release. Call one of our 24 hour bail bondsman right now for more information!  Bail Bonds 24 hours.

We’re so glad to help your family during this difficult time.  Now that your husband or loved one is out of jail, it’s critical to stay out of trouble and follow the terms of release.  When a judge sets bond, he/she also outlines what a defendant can and can not do while out on bail.  For example, defendants are typically not allowed to drink alcohol while out on bond.

Terms of release vary from case to case. Even so, every defendant must appear at future court hearings.  If a defendant fails to appear at a court hearing, bail will be revoked a new arrest warrant will be issued.  If this happens, it will be much more difficult to get out of jail in the future.  Also, when a defendant violates terms of their release, they must pay for bond in its entirety.

When this happens, one of our 24 hour bail bondsman Centre, AL will respectfully collect to the collateral signed to your specific contract to pay for the bond.  We specialize in 24 bail service!

One call to Rush Bail Bonds in Centre, AL and you’ll quickly know why so many people turn to one of our 24 hour bail bondsman during a family crisis. We’re the best in the bail bonding business. We have more 15 years of experience, we have the knowledge, compassion and expertise to get you or your loved one out of jail and on with life.  Call Rush Bail Bonds today! We look forward to hearing from you!